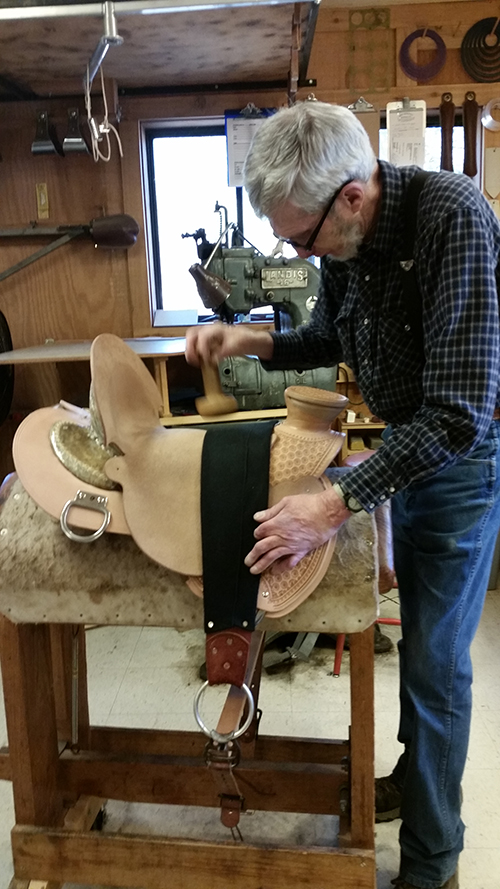 Bob Trezona is one of the ‘old cowboys’ who grew up on ‘natural horsemanship.’ He was born in 1947 in Enterprise, Oregon into a family of ranchers that homesteaded in Wallowa County in the 1880’s. This is the rugged country that produced legendary horsemen of the Wade and Dorrance families… contemporaries of Bob’s grandfather. Countless miles of riding and packing, learning what works and what doesn’t.

Bob was given 100 percent disability following his discharge from the service during Vietnam, but he never quit living.

He worked as an outfitter’s guide until his injuries wouldn’t allow for that to continue. He then learned to shoe horses to support his family. When his body told him he couldn’t do that any longer, he taught himself how to build saddles.

Today, his workmanship is so well known that he has enough saddle orders to carry him through the next two years.

Bob grew up knowing what it meant to be a man.

Work harder than anyone asked. Don’t complain, no matter the circumstances. And always do your best to be polite.

“That’s the one thing that I’ve always wanted out of life more than anything else,” he said. “I wanted to live up to the standards of what it meant to be a man from eastern Oregon. I’ve tried my whole life to do just that.“